Another year, come and gone.  Like many people, photographers usually take a moment to reflect back on the past twelve months before charting a course for the upcoming year.  But we tend to view the past a little differently than others -- we literally see images.  I'll share some of my favorites from the year, but first a little background.

I was given a bit of a "wake-up call" on the health front early in 2017, so I made the conscious decision to devote more of my time to fitness activities which meant, by necessity, cutting back on time spent for photography purposes.  I was more selective about my personal photo projects and set a minimum dollar amount for paid projects.  With regard to the later I told myself, "I'm not picking up my camera for less than $X."  I know there was additional photo business that could have been had, had I not set that minimum.  But the results of the year were overwhelmingly favorable.  I really enjoyed my photography endeavors this past year.  Either I was pursuing special projects that had me excited about improving my craft, or I was creating photographic memories for others at a rate which made the hours spent worthwhile.  It's a plan I expect to continue in 2018 with one minor adjustment:  more dogs in the studio!

Oh, and not to be forgotten: I cycled a couple of thousand miles on the bike in 2017, dramatically improved my fitness, and lost 25 pounds.

My photo subjects are all seemingly over the map -- models, families, individuals, dogs, boudoir (not shown here as these are private sessions) and more.  But there is one thing that connects it all:  my passion for lighting.  I hope you'll agree that's what makes these images special.  Here are 15 of my favorite images, in chronological order, from just some of my shoots in 2017, with a brief description of each image.

I kicked off the year doing a "photo marathon."  I photographed 25 Hero Dogs in studio in a 5 hour long session.  I couldn't have done it without some great dog handlers!  Naturally, it was the smallest subject that stole the show -- Lucy, a Nova Scotia Duck Trolling Retriever.  Unfortunately, Lucy has since been discharged from the training program due to a medical condition. 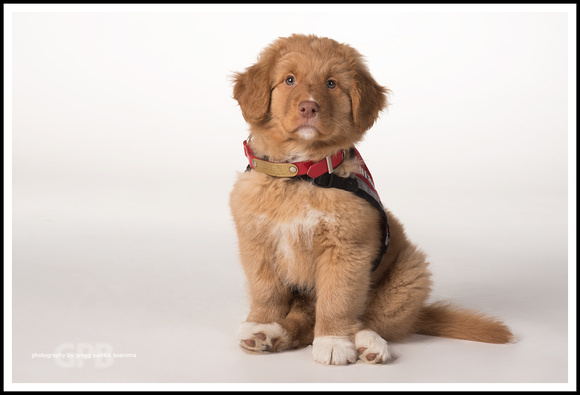 While we're on the topic of service dogs: this is Neon, in training to become a member of the Guiding Eyes for the Blind team.  We "puppy sat" Neon for a few days and, naturally, I did a studio session with him while he was here.  The studio lights would be a great addition to his distraction training I told myself.  Ha!  I just wanted to photograph this near perfect Lab. 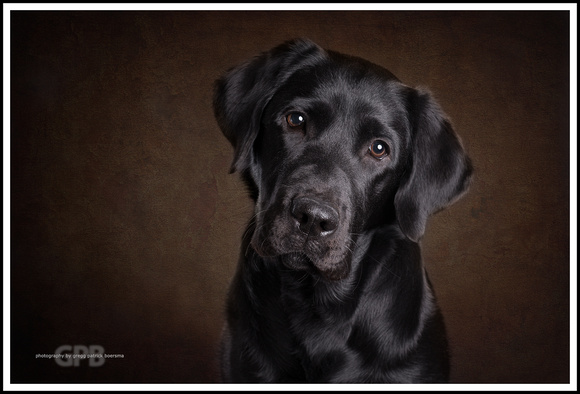 This image made the "Best of" list for a different reason -- it's what's going on behind the image that was important to me.  I visited my oldest brother, Scott, in April.  His passion is building and flying large scale model planes.  This is one of his.  To put this scale in perspective, the wingspan is about 6-7 feet.  We went to the airfield so he could show me his hobby and I brought along photo equipment, including strobe lights.  To get this image I hoisted a strobe onto a light stand and extended it into the air as far as it would go -- about 20'.  Scott would make "passes" as close to the light as he dared and I'd be firing away.  So there you have it -- two brothers, playing, each doing the thing they love most.  Still kids, just more expensive toys! 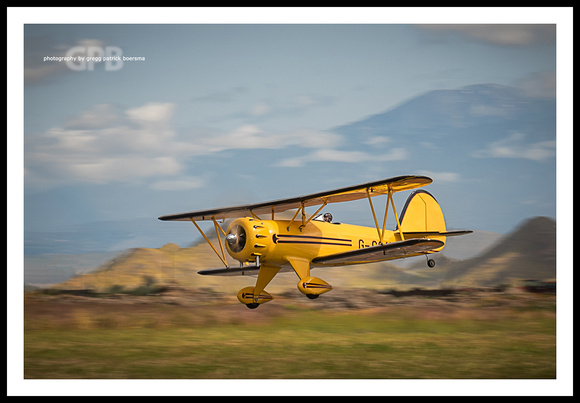 One of several model portfolio sessions I did in 2017, this one with Sophia was particularly fun as I had the opportunity to play with colored gels on my lighting. 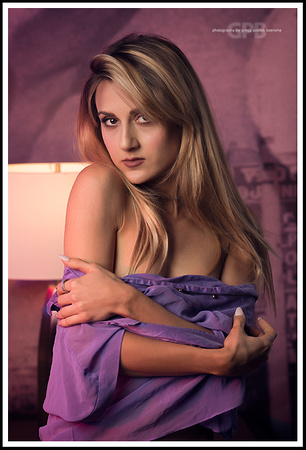 I'll photograph any dog that's up for adoption for free.  I usually do that in-studio, but Scout's foster family lives on the water so it presented a nice opportunity to do something more.  Suffice to say, this image produced a lot of attention for him! 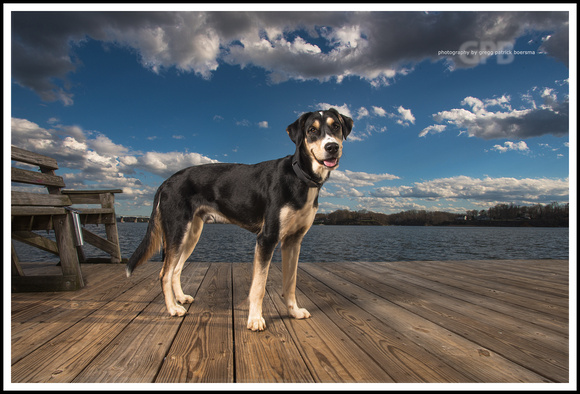 This is from one of many client shoots and it's included here for one simple reason: for once nature cooperated and we got a beautiful sunset during a client session! 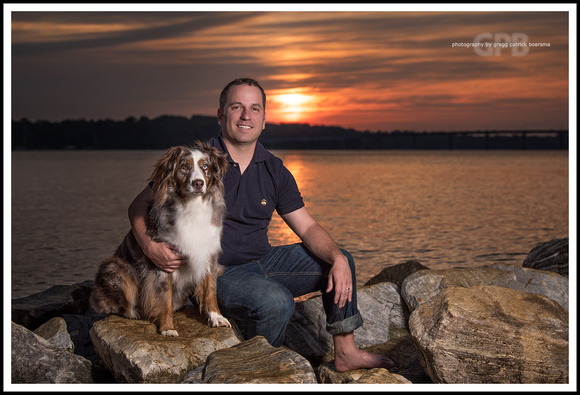 I was doing a model shoot on a rooftop lounge in DC when Hayley saw this chair and immediately developed this photo concept.  Who was I to argue?  All I had to do was figure out a lighting set-up that would make the image pop. 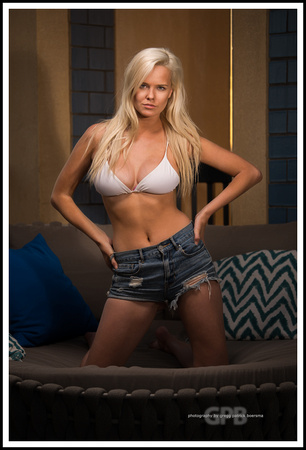 In July I was contacted by a young lady and her mother.  Lauren wants to get into acting (and perhaps some modeling) and needed headshots.  It was a joy to work with this fresh, young talent.  She's a real natural in front of the camera. 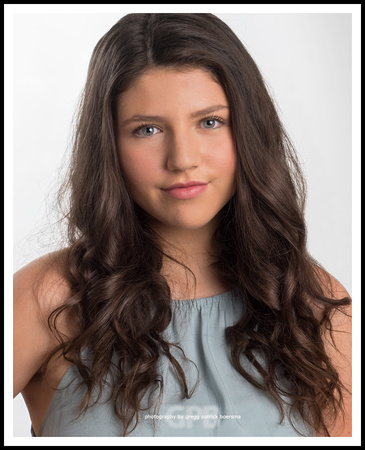 This image was a surprise.  I attended a 50th birthday celebration for a co-worker'swife.  They are originally from Nigeria and most of their female guest wore traditional dresses to this event.  I had brought just one lens and one flash, but made the most of it with some artistic editing. 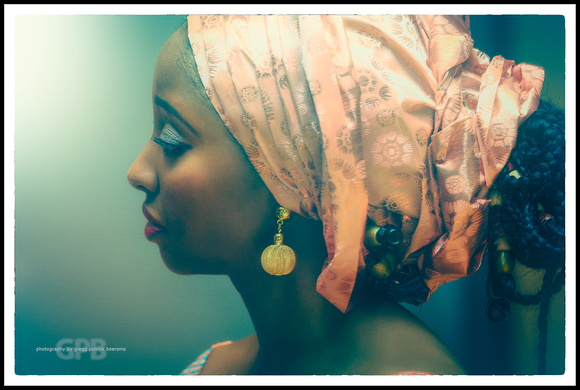 A goal in 2017 was to do more creative environmental portraits.  This was one such portrait I did as a personal project.  Ana Miller competes in triathlons all across the country and I wanted an image that captured her in that element. 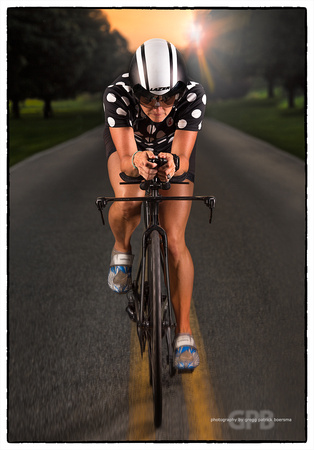 Immediately following the project above, I did another environmental portrait with Naomi Littlefield.  A musician, she had recently taken up the flute again after many years of not playing it.  She told me it was a "rebirth" for her, hence the concept for this image. 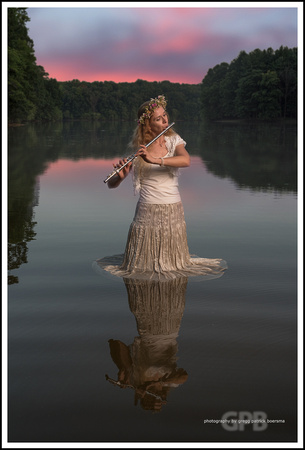 Kimberley is a competitive body builder but asked me to do some non-athletic images of her.  She wanted them made immediately following a competition, so we set up a sunrise shoot the day after one of her events.  The first time ever I've had someone willing to get up at "oh-dark-thirty" for their photo shoot! 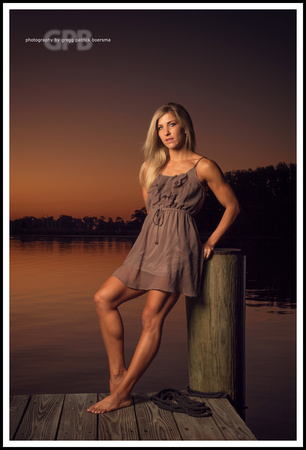 This is simply one of my favorite dog images of the year.  Lola is such a beautiful Aussie!  And she was born to model; she loved to pose for the camera.  Or she was just really mesmerized by that weird human making all those funny noises from behind that big, black thing in front of his face. 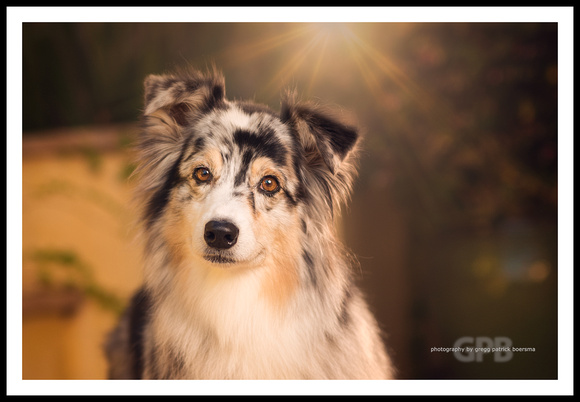 This image was made in one of the old batteries in the Presidio next to the Golden Gate Bridge in San Francisco.  This young man, Kian, is one of two wonderful children of a very good friend of mine. 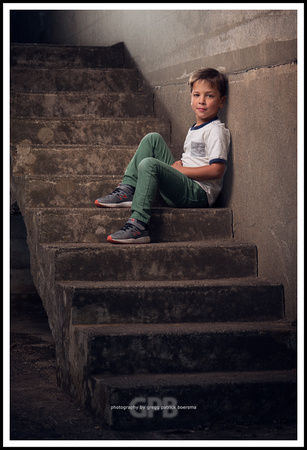 I wrapped up the year with a studio session with this charismatic pup, Rocky. 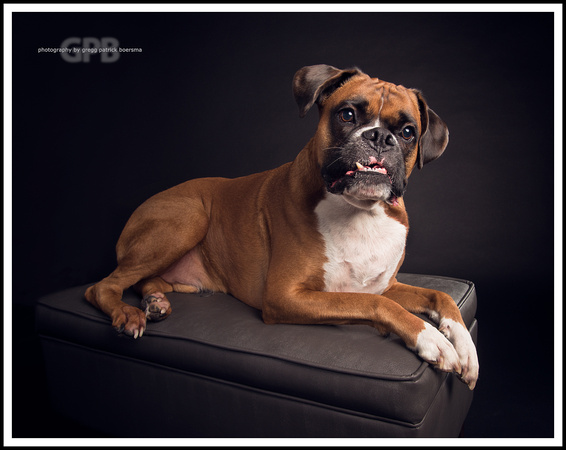 That's 15 of my favorite images of the year, but wait!  None of them include my favorite model of all, Griffin.  So, without any explanation needed, here are my top 5 of Griffin from 2017. 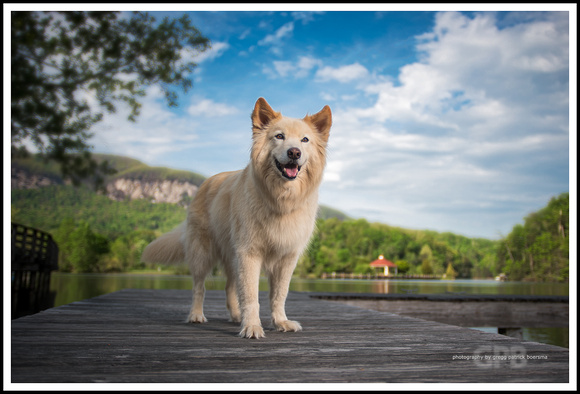 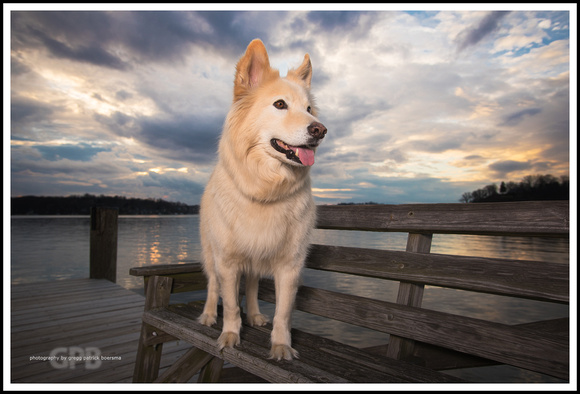 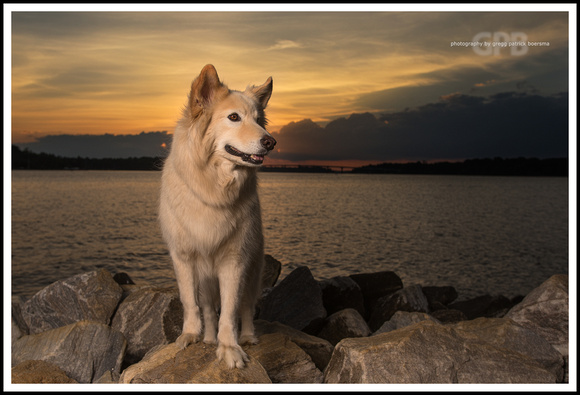 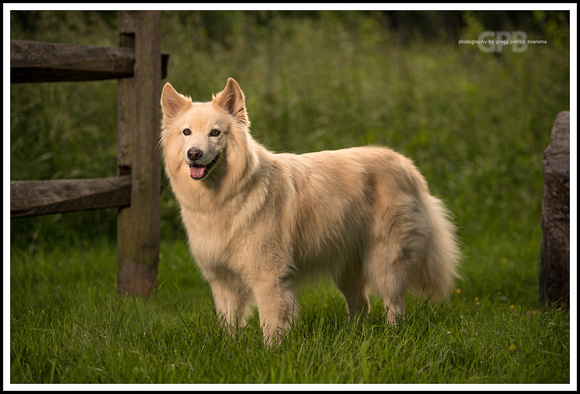 Lastly, I leave you with one last image, a behind-the-scenes photo that marks an appropriate ending to this blog post, and the year.  Wishing all my followers a very happy new year! 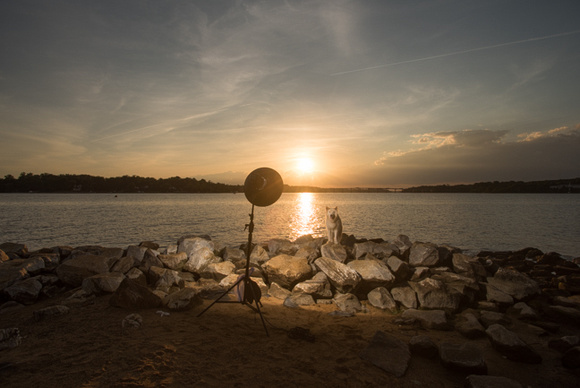