Set Your Dog Free! (in Photoshop)

As a Maryland photographer specializing in pets, I hear it all the time.  People see my images of dogs standing alone against a beautiful natural landscape or a cool urban setting and say, “I could never have my dog off leash like that outdoors.  He’d be gone in a second!”

Truth is, almost none of my photo images are made with the dog off-leash – even some studio images are made with the dog being controlled on leash.  I keep dogs on a leash or long-line and remove it later in the editing process.  Heck, sometime I even remove entire humans who are next to the dog, holding him/her in place!  I do it this way primarily for safety reasons, but it also necessary for the style of images I produce.  I shoot almost everything with studio lighting – even outdoor images.  That’s what sets my images apart and makes me one of Maryland’s premier pet photographers.  As a result, I need my subject to stay where the lights are placed/aimed and I’ve found very few animals that can follow instructions like, “OK, now move one foot to your left.”  Actually, none of them can follow directions like that.  Not even my guy, Griffin, who is a modeling pro!  Leashes provide both safety and control so that everyone -- the dog, the owner and the photographer -- can remain calm during the shoot.  Safety should be rule #1 for any pet photographer you hire.

So, here are a few examples of leash removal from my pet photography.

During this shoot, we wanted to depict a little of Paris’ past (she was picked up as a stray and later adopted) and capture what is somewhat of a local iconic roadway -- the Academy Bridge in Annapolis, MD.  No matter what sort of “stay” command Paris did or did not have, I wouldn’t have thought for a second to rely on that next to a busy roadway like this.  She was tied – tightly – to the railing on the bridge.  But once that’s removed, it makes for a very cool image… 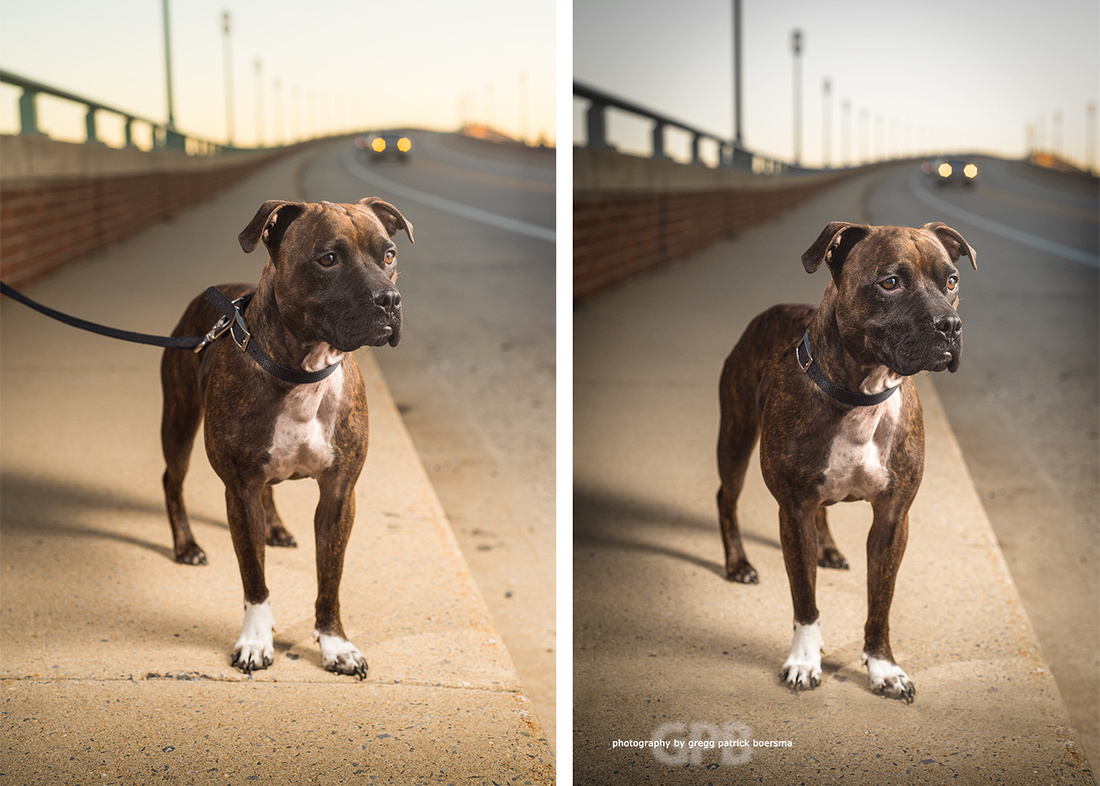 Scout was being handled during this shoot by his foster-sister, Mollie.  I wasn’t quite ready to begin this portion of the session, but when Scout struck that pose there was no time to reposition Mollie.  I started shooting and then, using another image in which Mollie had moved off the bench, cleaned things up in the editing process afterwards.

This is Neon, a Lab being raised in the Guiding Eyes for the Blind program.  As you might expect, even at the young age of nine months he has some excellent obedience skills but I never even considered taking advantage of that.  The winds were howling this day and occasionally a leaf or something would go flying past Neon and he'd break his stay and give chase.  I was working alone so, in this case, I put Neon on a long line that was attached to a sturdy post, just outside of the frame to the viewer’s left.

In this last image I didn’t remove the leash/long-line, I just hid it.  Bonnie, who has enough energy to power a small town, wanted to do nothing more than go leaping and bounding through all these tall grasses.  So I put her on a long leash that was connected to a stake that I had screwed into the ground among the grasses behind her. 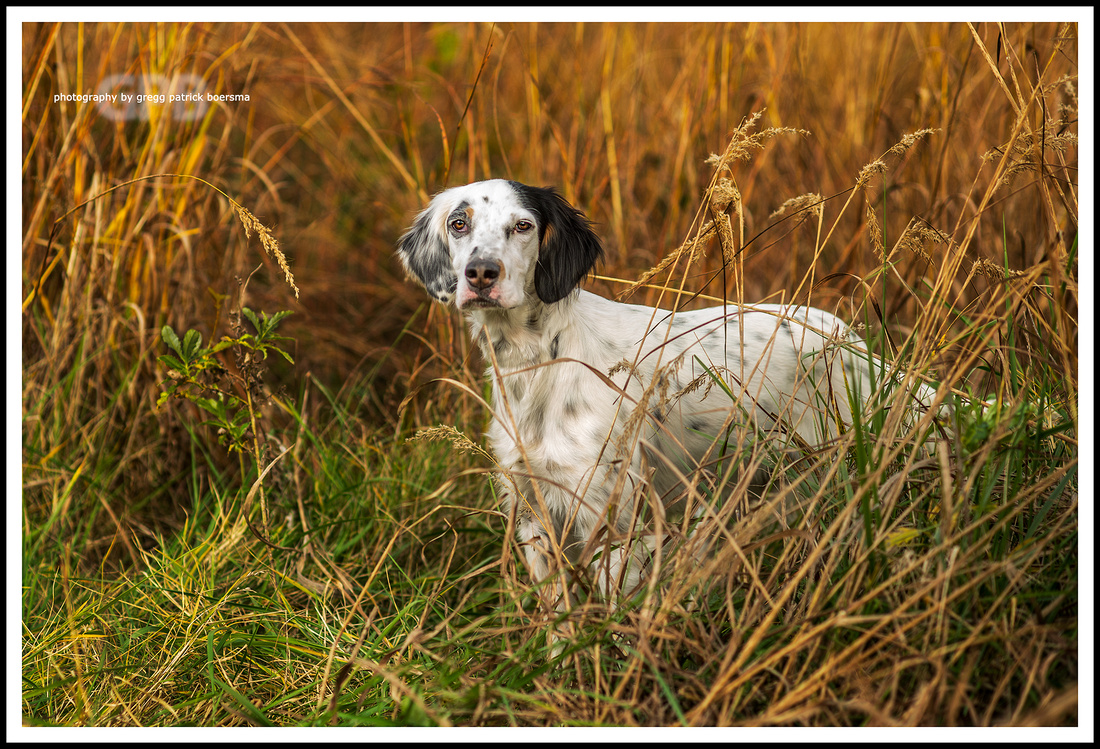 In short, don’t think that you need to have an exceptionally well trained dog to get images like these.  We can make big, bold, beautiful, epic images that’ll become the center of conversation in your family room whether your pup has a world-class “stay,” or simply sees the outside world as his/her personal playground.

Oh, and in case you’re wondering, we make certain all the pups do get time to relax, run and play during the photo shoots too!