To be honest, I was tempted to title this post something like "Why You Need a Pro Photographer" or "Simply Having a DSLR Doesn't Cut It."  You see, while technology has advanced to a point where just about anyone with a DSLR camera can capture a well exposed image, that doesn't mean anyone can create a photograph that is truly worthy of becoming wall art.

For example, take this image.  This photo is SOOC (straight-out-of-camera) based on the settings that the computer in the camera thought were correct in aperture-priority mode.  An image like this is the first step I take to make a final image.  I'm not concerned at all about the dog's expression at this point; I'm not taking these images with the intent of actually using them; I'm just beginning to find the camera settings that'll give me the exposure I want. 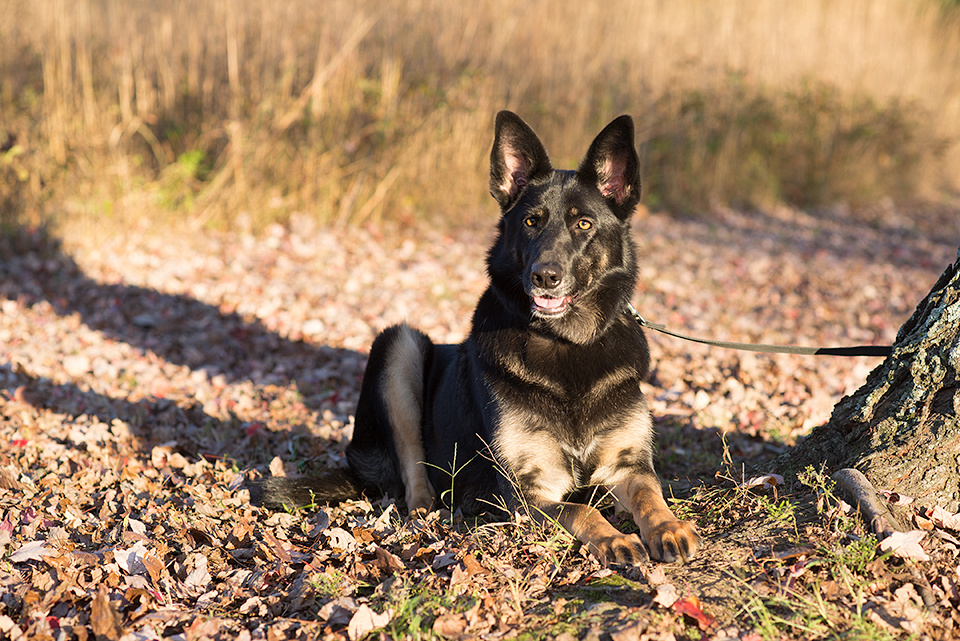 For a typical amateur photographer, the above image may be the final result.  But for me this image represents just a starting point.  Note that while the exposure on the dog's face is OK, the colors in the background are washed out.    When exposing the above image I selected the aperture I knew I wanted to use in the final image (among other things, the choice of aperture effects which parts of the image are in focus, or not) and I let the camera select what it thought was the correct shutter speed, given that aperture setting.  That shutter speed tells me, in very rough fashion, where I'll want to start before making adjustments for the final image.

In this next image, I've changed the camera to "manual" mode so that I can override the camera's computer and have made an adjustment to the shutter speed.  In doing so, I'm looking for the correct exposure for the background, not the dog. 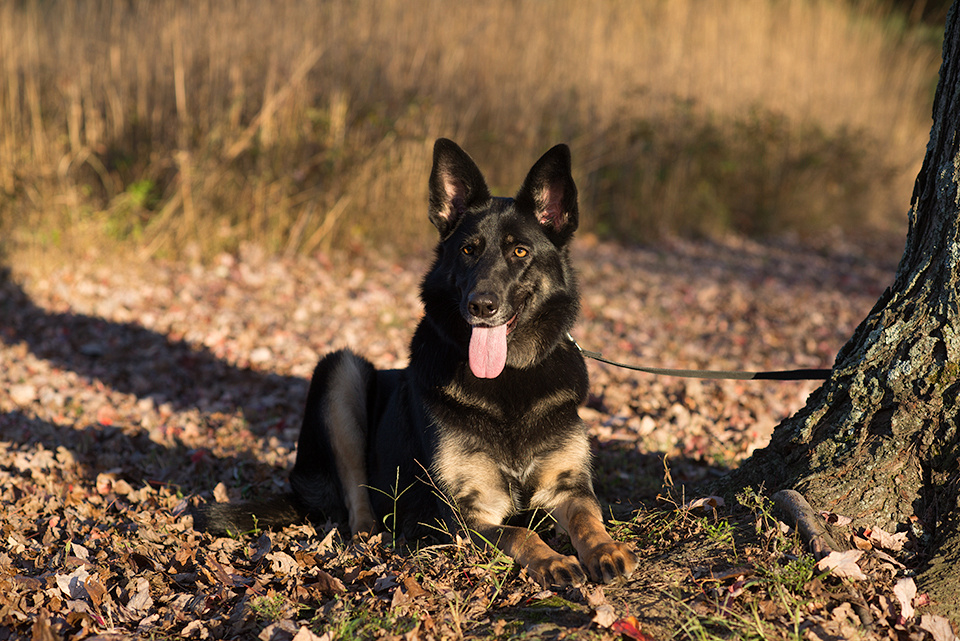 In this second image you see I've begun to bring the color back in the leaves and the background.  I've lost all details in the portion of the dog that is in shadow, but at this point that is irrelevant.  I know I'm going to be lighting that side of the dog with the portable studio lighting I've carried to this location, but I haven't turned on the lighting yet.  At this point in the process I'm still not concerned with the dog's expression, but in this case Jade was looking very majestic anyway.

Finally, I've determined the camera and light settings I want.  Only now do I begin taking photos that I know may be used in the final presentation to the client.  For the final image below I've made adjustments to my position for what I think is a more dramatic composition.  In Photoshop, I've spent additional time to remove the leash and add what I refer to as my "special sauce" to enhanced the beautiful fall colors.  The later is a technique/style that I have developed over the years and, frankly, is my own "trade secret" that I do not share. 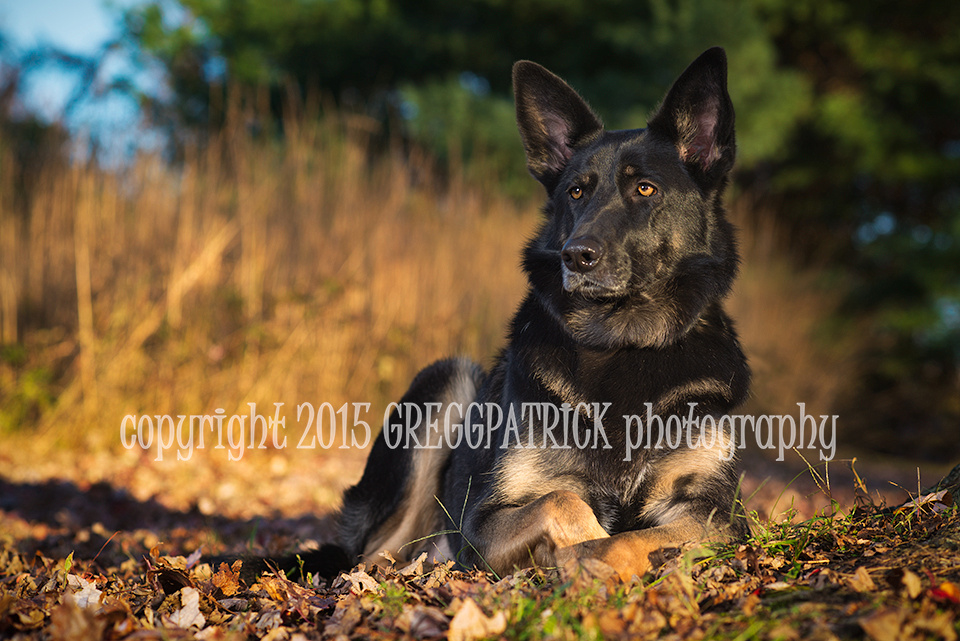 The final image is one that I know the owners will want printed large, framed, and hung in a prominent place.  It will become a very personal piece of the wall art they have on display in their home -- both beautiful and meaningful.

Making exceptional images takes planning, thought, expertise, and skill.  When you hire a professional photographer, you are hiring someone who has spent countless hours -- perhaps years -- to acquire the knowledge and skill to make the ordinary appear extraordinary, and capture that in a photograph that you'll cherish for a lifetime.  The time they've invested to perfect their craft is what makes an artist a professional and, if you've made your selection carefully, that will be evident in the results they deliver to you.

Paul & Pam Bowling(non-registered)
We could not be happier with the photos of Jade. Anyone can "take" a photograph. Gregg is a professional, he "designs" the photos and creates the final image. This is very evident in his work and especially when he was working with us on location and in the studio.
This will definitely find a prominent place in our home (and my home office).
Marcy(non-registered)
You get what you pay for when you hire a professional. That last photo was magic!
No comments posted.
Loading...
Subscribe
RSS
Recent Posts
The Evolution of My Work Land of Fun The Shots I DON'T Have (Can You Help?) Following the Rules Wrapping Up 2017 Set Your Dog Free! (in Photoshop) My Favorite Images Call Me When the Weather Gets Nasty Time Passes Creating Photographic Art
Keywords
Annapolis photographer annapolis pet photographer maryland photographer Portrait photographer photography maryland pet photographer environmental portraits pet photography of a german shepherd portrait photography
Archive
January February March April May June July August September October November December
© Gregg Patrick Photography
User Agreement
Cancel
Continue